At the 2019 Tilt-Up Convention and Expo in Atlanta, Georgia Ed McGuire, President of Bob Moore Construction, was inducted into the Tilt-Up Concrete Association College of Fellows. 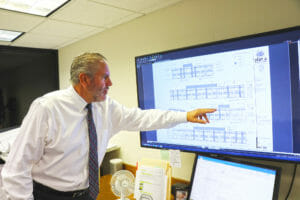 “Representing the general contractor passion for tilt wall construction, Ed McGuire has been a leader in the tilt-up industry for the past two decades. His role as President of Bob Moore Construction has led him to involvement in many strategic areas impacting the tilt-up industry. He has served on the TCA Board, including a term as president; continues to serve as a voting member of ACI committees 551 – Tilt-Up Concrete and C-650 – Tilt-Up Supervisor Certification; and has been a constant voice supporting the tilt-up driven interests on such influential committees as ACI 302 – Construction of Concrete Floors and ACI 360 – Design of Slabs on Ground. Under his direction, Bob Moore Construction established the first comprehensive information site for news on the tilt-up industry, contributing it for research and thought leadership. A tireless champion for tilt-up, McGuire now participates as a regular third-party peer reviewer for companies seeking TCA Certification.” 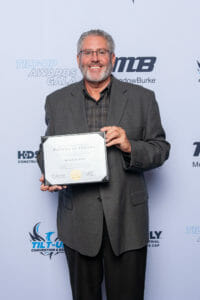 The Tilt-Up Concrete Association (TCA) says “the College of Fellows, established in 2016, honors the rich tradition of service to the Association on behalf of the industry. The College of Fellows cultivates awareness for the community of professionals dedicated to the mission of the Association, and elevates the service of its members to the entire industry. Fellows establish this service through their organization’s commitment to membership and participation and are elected to fellowship by a jury of their peers.”

“Fellowship is one of the highest honors the TCA can bestow upon an individual. Elevation to Fellowship not only recognizes professional achievement but also significant contributions to the industry and the Association.”