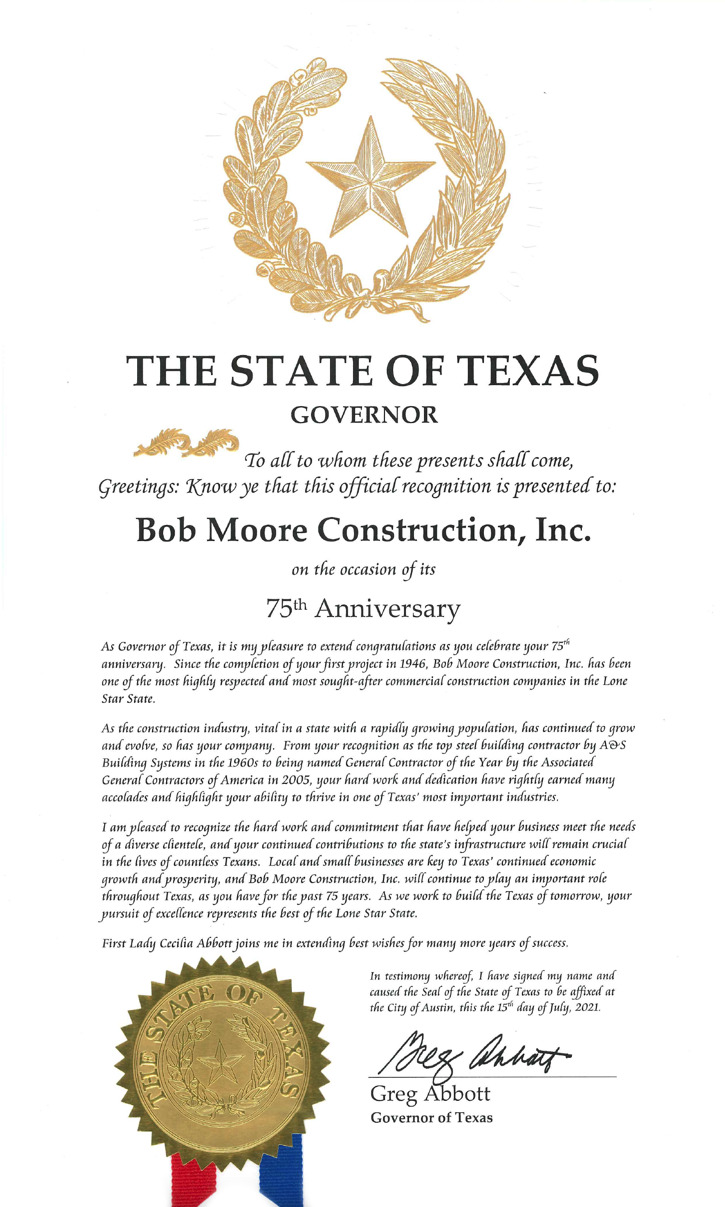 The State of Texas

To all whom these presents shall come,

Greetings: Know ye that this official recognition is presented to:

on the occasion of its

As Governor of Texas, it is my pleasure to extend congratulations as you celebrate your 75th anniversary. Since the completion of your first project in 1946, Bob Moore Construction, Inc. has been one of the most highly respected and most sought-after commercial construction companies in the Lone Star State.

As the construction industry, vital in a state with a rapidly growing population, has continued to grow and evolve, so has your company. From your recognition as the top steel building contractor by A&S Building Systems in the 1960s to being named General Contractor of the Year by the Associated General Contractors of America in 2005, your hard work and dedication have rightly earned many accolades and highlight your ability to thrive in one of Texas’ most important industries.

I am pleased to recognize the hard work and commitment that have helped your business meet the needs of a diverse clientele, and your continued contributions to the state’s infrastructure will remain crucial in the lives of countless Texans. Local and small businesses are key to Texas’ continued economic growth and prosperity, and Bob Moore Construction, Inc. will continue to play an important role throughout Texas, as you have for the past 75 years. As we work to build the Texas of tomorrow, your pursuit of excellence represents the best of the Lone Star State.

First Lady Cecilia Abbott joins me in extending best wishes for many more years of success.

In testimony whereof, I have signed my name and caused the Seal of the State of Texas to be affixed at the City of Austin, this 15th day of July, 2021.